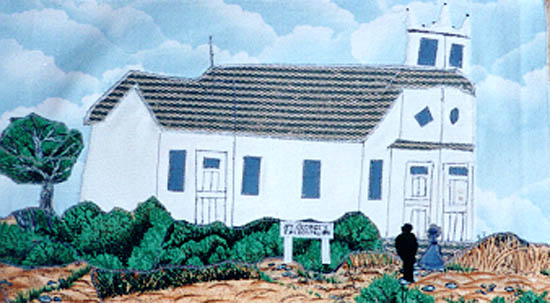 St. George's Episcopal Church was recreated as a quilt square by The Bag Ladies for their Historic Quilt in 2001.

Mr. and Mrs. D.E. Goddard settled in Lusk when the town was started in 1886. They were the inspiration for the organization of an Episopal Churh in the community. The early church meetings were held in whatever building that was available - the Kingdom Hall, Opera House or band room.