By Michael J. Till

US Route/Highway 20 is one of the original cross-country highways designated "Federal" in 1926. It extends from Boston, Masssechusetts to Newport, Oregon and is the northernmost, and at 3365 miles, the longest of the country's original transcontinental roads. The following are little known facts about US Highway 20. All occurred at sites along its route although some events predated the actual highway. 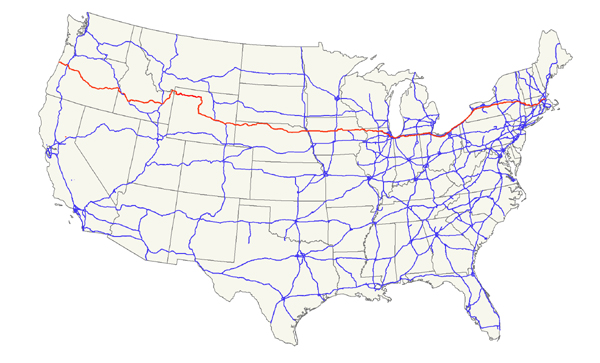