Quilt Project - Connecting the Threads of the Past 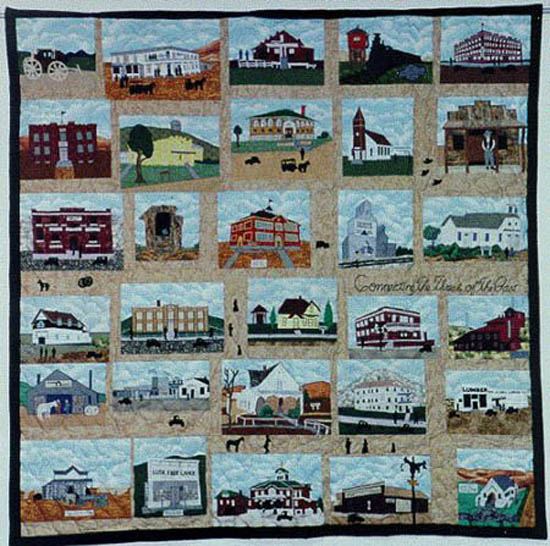 The Historic Appliquéd Quilt was created in 2001 by the Bag Ladies of Lusk, who each contributed blocks to the project. Members included Wanda Lorenzen, Dorthy Lohr, Edith Culver, Wyoma Hales, Nadine Johnson, Evelyn Perry, Marilyn Cockreham and Zola Bolin. The Quilting was done by Dorothy Shimp of Torrington. The squares, which are included in this website as separate historical articles, include from top: