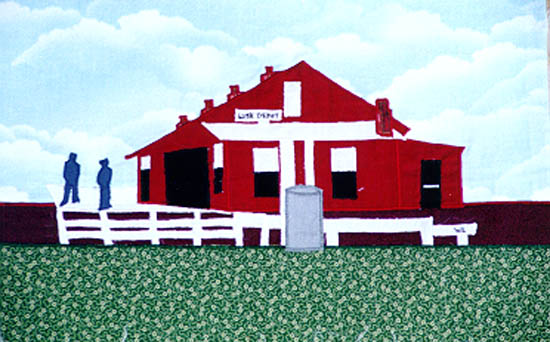 The Lusk Depot Quilting Square was created by The Bag Ladies for their Historic Quilt in 2001.